Should be very easy to use :

iBeadConfig2 can be adapted through configuration files (much easier than though patches !)

radios.ini contains the lists of locations and radios. You will have no pain to edit this file.

To add a new firmware, copy a section and edit the fields :

Why this new version ?

By the way, what is iBead? 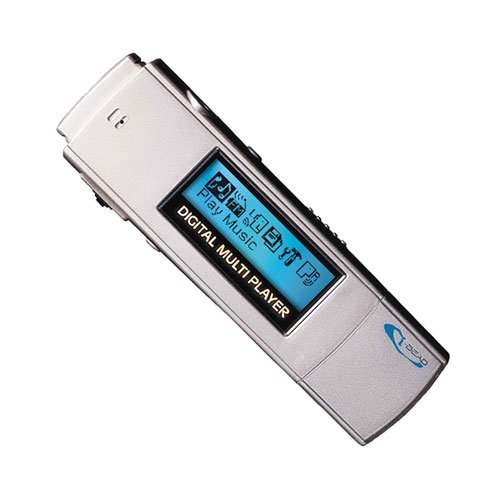 Look at that, isn’t it beautifull?

Because of the fabulous lionel68’s creation, iBead Ultimate (http://ldeletang.free.fr/IBEAD/iBead.htm), this program will probably no more be supported. Thanks to him for this great software.

But for the FW3.141, you can modify the source code of my program as described by Milan, in this patch. Thanks to him too.

A port to iBead2 has been done : http://membres.lycos.fr/tmp2074/iBead2/Start.html (local files : binary, source)

Set the 15 FM preset is long and not very handy on the iBead. But the SETTINGS.DAT file of the iBead contains that data. Therefore, it is possible to sets those radios on your PC.

You just have to : 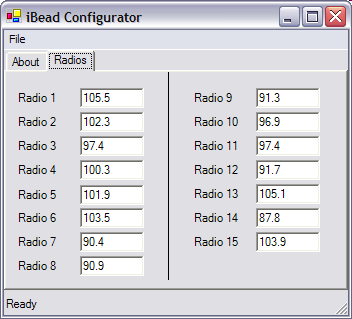 Informations are stored in three bytes stored in reverse order, each 6 bytes, starting at 0x66. (0x78 for 3.1xx Firmwares)

This soft contains only radios preset, but the concept can be genealized to each options, provided you have the correct
SETTINGS.DAT file format. You can do that by making one change, and see the corresponding differences in the settings.dat file. This is a tedious work, and a bit less usefull for other options than radios preset…

More complete technical information are available from the softs iBead Ultime, iBeadResEdit, and PakEXE (see in the links section below).

Gui It ! The GUI for your command lines